The fund, which is now in its fourth month of suspension, is currently “on track” to reopen in December as planned, its Authorised Corporate Director Link Asset Services said, but will remain gated for now.

In the wake of the announcement an update on Neil Woodford’s website said it had decided, “after consultation with Link”, to “withhold disclosing the top ten holdings while the fund is suspended”.

It explained it remains “committed to operating the fund in a way that best protects the interests of investors, both for those who wish to remain invested and for others who will seek to withdraw from the fund when the fund reopens”. 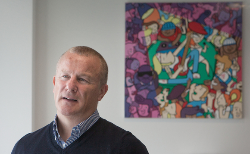 WEIF’s interim results to 30 June were revealed on Friday (30 August), covering the first month of the fund’s suspension, which was announced on 3 June.

The results detail Woodford’s top 10 purchases in the first half of the year, which show he invested around £145m in telecoms giant BT, cigarette maker BATS and British Airlines owner IAG.

The fund’s performance continues to lag the broader UK stock market, with ACD Link Fund Solutions revealing that it had lost 11.15% between 30 June and 21 August, compared to a gain of 1.52% for the FTSE All-Share.

It added the fund’s “lack of exposure to sectors such as basic materials, oil & gas, consumer goods and large financial groups such as HSBC explains a significant proportion of the fund’s under-performance”.

WIM continued: “In the UK, this momentum has manifested itself in a narrow fixation on businesses that are seen as beneficiaries of a reflationary global growth scenario that we simply did not (and do not) believe in.

“It has come despite increasing evidence of problems in many emerging market economies, most prominently, China. The Fund has very little exposure to these parts of the market because of macroeconomic concerns and on valuation grounds.

“Instead, the portfolio has been biased towards the few areas of the market which continue to offer valuation appeal.

“This has resulted in a meaningful exposure to domestically-focused businesses, which have been left behind in the late-stage bull market conditions that have prevailed, and therefore represent the most attractively valued stocks in our investment universe.

“Nevertheless, this positioning proved unhelpful during the period, with continued Brexit uncertainty weighing on the share prices of many businesses that have a reasonable exposure to the UK, irrespective of their starting valuations.”

Elsewhere, Woodford’s investment trust, Woodford Patient Capital (WPCT) announced another addition to and one departure from its board on Monday (2 September).

In a filing to the market, it said Jane Tufnell, who co-founded Ruffer Investment Management, had joined as an independent non-executive director and member of the audit, risk and valuation, and management engagement committees.

Meanwhile, non-executive director Steven Harris will step down on 30 September.
Susan Searle, chair of WPCT, said Tufnell’s “fund management expertise and familiarity with investment trusts will bring valuable experience to the board”.